Grupo Cadarso’s watch sector is made up of 6 different companies operating in 3 countries. GERESA, the oldest company, was founded in 1974 for the distribution of the Japanese Seiko Watch Corporation group brands. Currently, it distributes 22 watch and jewellery brands in Spain, two of them being the group’s own brands. ARMETISA is the second oldest company in the group, founded in 1994 for the distribution of the Andorran area group brands. The first time the group entered the Portugese market was through the acquisition of CERTORA in 2008. Currently, it distributes more than 8 group brands in said market. And finally, the most recent additions to the group have been EUROCRONO, acquired in 2016 and EUROCRONO Portugal, founded in the same year for the distribution of internationally recognised brands, such as Guess. 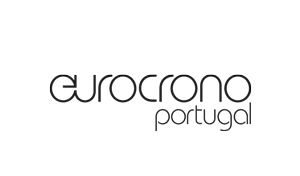 More than 70 years of history…

Any cookies that may not be particularly necessary for the website to function and is used specifically to collect user personal data via analytics, ads, other embedded contents are termed as non-necessary cookies. It is mandatory to procure user consent prior to running these cookies on your website.